MW.02 "Breaking Down Barriers and Enabling Access: (Dis)Ability in Writing Classrooms and Programs"

I attended the disability workshop as an outsider of sorts. A good friend and colleague of mine is a disability rhetorician and because I have had the privilege of reading much of her work over the past couple of years, I have been struck by how vital and emergent disability rhetorics work is and should be. In addition, I have been compelled by how the rhetorics of normalcy transcend aspects of difference and connect issues related to disability and race rhetorics, my own area of research within rhetoric and composition. Thus, as I explained in my introduction to the group as we shared our reasons for attending, my interest in being at the disability workshop was not only because I believe it is important and wanted to support the goals of making the profession, the conference, and our classrooms more accessible in a multitude of ways, but also because I was interested in exploring further intersections between various rhetorics of difference. I also wanted to write a review on some panel or workshop that I attended this year at CCCC, and this turned out to be the event that I most wanted to share with a wider audience. I hope to convince you of the mission of this group, provide an informative review of the workshop, and encourage others to partake in this half-day workshop if it is offered next year.

The disability workshop began with an ironic statement that, despite asking in advance for CART (Communication Access Realtime Translation) services, which would provide an instant projected transcript of the aural proceedings of the event for people who are hard of hearing, the person who showed up claimed to not know how to use the technology and left. (Luckily, an active Twitter feed, using hastags #4c14, #dis, and #access, created a limited transcript of the event and some handouts were used during the event. Afterwards, Allison Hitt created a Storify chronicling the workshop with commentary and tweets.) In addition, although an American Sign Language (ASL) interpreter had been scheduled in advance, the workshop was not provided with one until two hours into the three-hour workshop. Thus, from the very start of the workshop, the issues facing the disability community were front and center. And they stayed that way for the duration of the workshop, and I was struck by how much this community put into practice what they preached.

Drawing attention to the physical space and (lack of) accommodation has been a practice of disability rhetoric scholars for some time; for example, I witnessed Jay Dolmage incorporating a critique of the room in which he presented during his presentation at CCCC 2013 in Las Vegas. Yet despite the work of these scholars in individual presentations and publications or in more organized efforts such as through the CCCC Committee on Disability Issues and the Disabilities Studies Standing Group, the room of this workshop was considerably cramped and would have allowed no space for wheelchairs or other kinds of accommodations (see Figure 1). It is worth noting that the afternoon workshop that I attended had just as many attendees, but took place in a room three times the size. 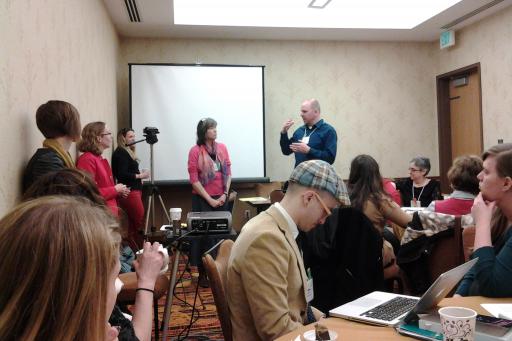 After the explanation of the lack of requested CART accommodations, the workshop facilitators asked attendees to introduce themselves and to include any requests for accessibility in their introductions, once again demonstrating the kind of integration of scholarship into the practices of the workshop. I noted that people’s reasons for attending the workshop, which included interests in creating more accessible classrooms and/or researching disability related topics, often included more personal statements than might otherwise be common for academic conferences, such as noting that one’s children’s learning difference has inspired an interest in disability studies. This welcoming of the personal, in addition to the openness of the inclusion of accessibility needs, created an overall air of inclusion that felt unique to this space and supported the mission of the disability community at CCCC, an air that was unrivaled in other workshops I have attended.

After the introductions, the workshop presenters performed a skit, which consisted of a number of people reading thank you notes about their institutional experiences with disability and difference (see Figure 2). After the skit, the presenters asked workshop attendees for additional suggestions about the kinds of problems that were brought up in the skits. In this way, the workshop functioned as a type of crowdsourcing of building knowledge, rather than a dissemination type of sharing knowledge that often characterizes conference events. Despite the fact that there were plenty of experts in the room — numerous scholars who had published on disability- and access-related issues — expert knowledge was never prioritized over that of any other. Rather, all of the activities of the workshop were set up to be a collaborative- and community-focused approach to solving issues. This collaborative aspect to the workshop made me feel like I, even as a newcomer, had something to offer to the discussion, and made this the most interactive and welcoming workshop of the four I have attended at CCCC. 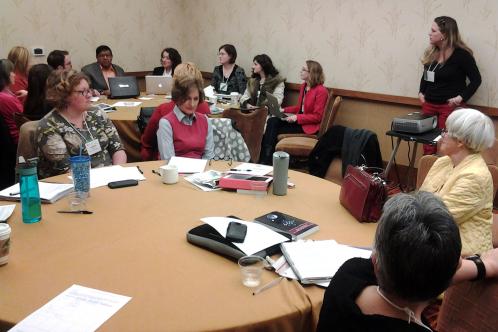 Figure 2: The above photo shows workshop presenters standing and acting out the skits while
workshop attendees look on while seated at the tables.

After the first skit came the first set of roundtable sessions: “Conflicts of Access: When Needs Collide” led by Craig Meyer, “Writing through ADHD” led by Susan Naomi Bernstein, and “Chronic Illness and Accommodation” led by Hilary Selznick. I attended Selznick’s session and we discussed the dynamics of attending to students with chronic pain.

The second roundtable session included “Universal Design and Composition Pedagogy” led by Tara Wood and Allison Hitt and “Multimodal Access in the Online Writing Classroom for Users with Sensory Disabilities” led by Sushil Oswal and Melissa Helquist (see Figure 3). I attended Oswal & Helquist’s session about the kinds of tools available for making accessible classroom materials. We discussed various technologies, from course management systems (CMS) to optical character recognition (OCR) tools. The framework for this discussion, linked to Wood and Hitt’s session, was the idea of universal design, which would help students with differences avoid having to disclose disabilities in order to receive accommodations. Instead, instructors make as many materials as accessible as possible in advance so that fewer accommodations need to be requested. 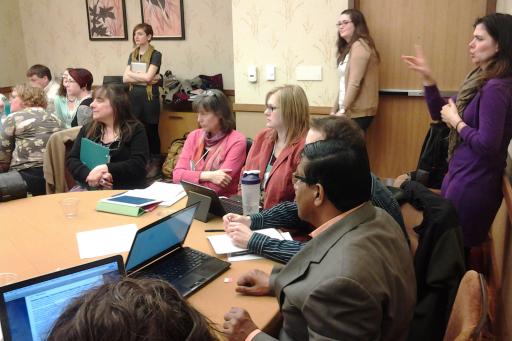 Figure 3: The above photo shows workshop presenters and attendees interacting during a breakout session.

The wrap-up to the workshop emerged naturally out of this break-out session and consisted of attendees sharing concluding thoughts and contributions. My lasting impression centered on how technologies, and the rhetorics about those technologies, are different when directed at persons with and without disabilities. Although I do experience chronic headaches and have come to appreciate the struggles of those with chronic pain, in general, I consider myself to be an able-bodied person and was surprised and dismayed at the rhetorics of shame that are associated with technology use for accommodation versus technology use for leisure. This awareness, along with knowledge of making accessible conference spaces and teaching materials, has made a strong impression upon me. I hope that I have conveyed this impression through this review and, in doing so, encouraged others to pay attention to accessibility issues in their own professional and personal arenas.