Tweeting 4C15: What Were We Talking about When We Were Tweeting?

In the "Reviews of the 2013 Conference on College Composition and Communication," published by Kairos, Andrea L. Beaudin (2013) wrote a review of the tweeting at the conference called “#4C13: Tweeting the C’s.” Beaudin aggregated a total of 8,033 tweets from February 28, 2013, about a month before the conference, to April 29, 2013, a month after the conference. Having developed an interest in conference tweeting experiences after studying the tweets from Computers and Writing 2014 (#cwcon) with a colleague, I decided to create my own tweet archive for CCCC 2015. Using a smaller time frame than Beaudin and inspired by Collin Brooke's tweet archive of CWCON, I used the software Tweet Archivist to collect tweets with the hashtag 4C15 from March 19, 2015, to March 27, 2015. I thought this would capture the essence of the conference, as a majority of the tweets would likely be focused on sessions during the event. By data crunching, I can paint a picture of what attendees were talking about and when they were tweeting at CCCC 2015.

Tweet Archivist, for a reasonable price, ran every hour within the time frame with an insatiable appetite. Not only was I able to download the entire archive in a spreadsheet, but the software also completed some preliminary analyses of the archive. With the help of another text analyzing tool, Tagxedo, I was able to generate some word clouds as well. I also created tables for popular sessions and more frequent tweeters.

If you have been on the Twittersphere, you might have noticed I’ve shared this archive. I decided to make the data open-source so that anyone interested in investigating what was happening on Twitter at the conference would have access to these tweets. The total number of tweets for #4C15 was 19,840—over 11,000 more than 2013! Here is the breakdown for #4C15 tweets:

Daily Counts of #4C15 Tweets from Wednesday to Saturday

Top 25 Tweeters by Number of Tweets


The top tweeters have not always been the same people. In fact, a comparison of the top 10 between 2015 and 2013 shows no overlap. More and more people are getting active on the Twittersphere. 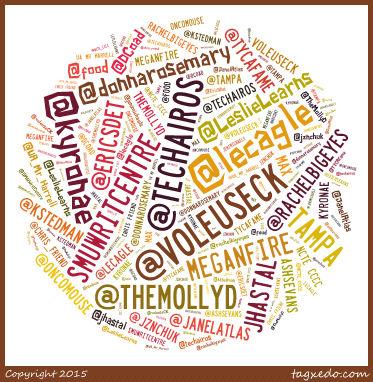 Figure 2. A word cloud of the top Twitter accounts

The top words that emerged in the tweets reflect an accurate picture of what the field of composition studies really values. CCCC has been the world’s largest professional organization on the researching and teaching of composition since 1949. It is therefore no surprise to see that the largest words in the wordcloud (thus the most frequently tweeted words) are “writing” and “students.” But what may be more interesting to note are some of the other words that appeared quite frequently in the Twitter discussions: disability, digital, love, social, and party. “Digital” reflects our continuous efforts towards expanding the meaning and practice of writing into new media and digital forms of composing. Disability studies has, in the recent years, become a vital and dynamic field in our discipline, on which a copious amount of scholarship has been produced. For example, when talking about writing in new media, we also talk about how we can make writing more accessible. On the other hand, these two words may also reveal the practices of conference presentations and navigations at CCCC. As more and more presentations are now assisted with digital components, the program committee always strives to address issues of disability to offer more accessible spaces for the conference participants. The words “love,” “social,” and “party” demonstrate the atmosphere and tone of the conference as well as the field: we are a friendly group, and we treat the conference as a scholarly space and also a social space where we can further build our discipline and our relationships. 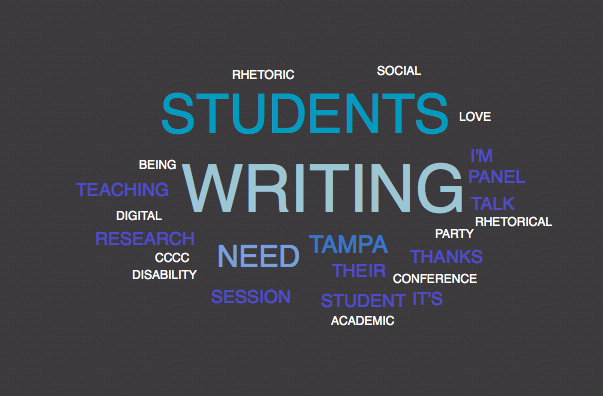 Figure 3. A word cloud of the most frequent words in Tweets using the hashtag #4C15

Within the list of the most popular 25 hashtags, 16 of the hashtags were session IDs. Using these hashtags, we can see which sessions were tweeted about the most.

These most tweeted sessions somewhat reflect the themes we saw in the top tweeted words, notably “digital” and “disability.” Sessions J.07, A.28, J.18, H.11, H.37, M.16, and A.15 all had presentations on topics related to digital media technologies; while sessions D.22 and M.2 focused on disability and accessibility. However, these sessions only account for about half of this list. Other topics covered in the list actually represent a range of subjects, from mindful writing to feminist methodologies, from religious rhetorics to handcrafted rhetorics, from failure to writing program ecologies, all of which hold some importance for the field. Such enthusiasm about these subjects also illustrates the breadth of the discipline. More notably, there’s only one session in this top 25 list whose subject is about Twitter, in which case tweeting about the session was a component of the interactive panel. I think it is safe to say that people don’t just tweet about a session only when the session is about Twitter and when they are invited to tweet: they also tweet about a session because they see tweeting as a way to participate in the conversation and extend the session’s dialogue.

While it is impossible to include all the tweets from the archive in this short review, I have selected a few tweets that demonstrate how conference attendees participated in the conference by discussing the sessions on the Twittersphere, joining scholarly conversations, extending those conversations, and provoking more thoughtful ideas. Sometimes, attendees tweeted a significant quote from a speaker that captured the essence of the presentation, such as the first example tweet about the keynote address. Or they would paraphrase an important idea from a speaker, which not only allowed those who couldn’t attend the session to gain some insights on what was discussed, but also served as an informal archive of the session that people could refer to later. Such tweets are represented below in tweets by @jenmichaels, @bronwyntw, @mbamper, and @HilarieAshton. The top tweeter this year, @voleuseCK, had created 10 Storify projects of session tweets from 4C15 (https://storify.com/voleuseCK#), building a valuable archive of the conference content. In other tweets, the tweeter would bring in their thoughts into the discussion, asking questions or making affirmations about important issues, as @johnlogie, @TheMollyD, and @rhet_rickly do in their tweets below. Sifting through the archive at https://www.tweetarchivist.com/chenchen328/1, searching by session hashtags, you would be able to find many more tweets like these that provide you an opportunity to continue to explore topics such as what affect is doing to the field of Basic Writing, or how to teach ethical writing by including mindfulness in the classroom, or “why don’t we pay attention to the body in our research?”

Here are some sample tweets to give you a tiny glimpse of this giant archive.

@voleuseCK: Banks: "Funk means we are willing to sweat...It means we will look unflinchingly at all that pains us...and still dance" #genkey #4c15

@TheMollyD: #4c15 #h37 but now we have entered into writing in the cloud...thus resurfacing discussions of #materiality and #embodiment. Still matters

@mbhamper: Steve Lamos: BW (Basic Writing) scholars need to do more to understand what affect is doing to and for our field #4c15

@rhet_rickly: Why don't we pay attention to the body in our research? #rnfcccc #4c15

While the following sample tweets are all grouped under the headings of “conference logistics,” they demonstrate a variety of functions of the Twittersphere at CCCC 2015. Often tweeted as questions and answers, these dialogues reflect how Twitter was a crucial tool for the navigation of the conference as well as the building of rapport and camaraderie. When someone had questions about the conference, it was almost guaranteed that they would get a quicker response on Twitter than if they sought out a staff member or volunteer to ask them. If you have not tweeted at the conference before, you may want to consider it next time. As you can see from these sample tweets, participating on Twitter can potentially provide a more smooth and full conference experience as you discover new things and connect with new people through Twitter exchanges.

@beedieterle: Saw notice no parking available for #4c15. Can anyone verify? What are options for those driving, but not staying at conf hotel? @Tampa4c

@jzinchuk: How are ya'll planning to use twitter for your #4C15 presentations? Our roundtable has a hashtag (#4C15L2) & we plan to project tweets live

@BostonRhetComp: Have you heard about the Boston #4C15 pub meet-up?

@Rachel_Bloom: Can someone explain CCCC SIGs to me? Can you just show up to a meeting? Do people ever join more than one? Benefits/drawbacks? #4C15

@Caddie_Alford: Is anyone going to want to compare #MarchMadness brackets at #4C15?!?!

In The Emergence of the Digital Humanities, Steven Jones (2014) expanded the idea of “eversion,” first coined by William Gibson (2010), by saying that “it articulates a widely experienced shift in our collective understanding of the network during the last decade; inside out, from a world apart to a part of the world, from a transcendent virtual reality to mundane experience, from a mysterious, invisible abstract world to a still mostly invisible (but real) data-grid that we move through every day in the physical world” (Jones, 2014, p.19). On the case of tweeting at the conference, we can see that the Twittersphere has become not just the virtual space of the conference but also an everted space where the virtual and physical become one, transcending temporal and spatial boundaries of the conference experience. Perhaps it is time we paid more scholarly attention to the Twittersphere.